Towards a climate neutral EU:
efficient allocation of EU funds

Towards a climate neutral EU: efficient allocation of EU funds 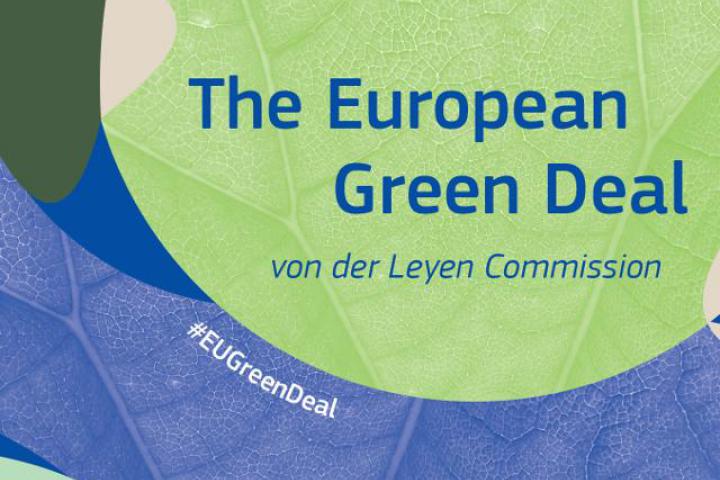 The EU’s transition to climate neutrality committed to in the European Green Deal (EGD), will require a major change in public funding and incentives. Most National Recovery and Resilience Plans (NRRPs) are already adopted by now (November 2021) and the Partnership Agreements and Operational Programmes are under discussion.

However, as it has been experienced in the past, these documents in themselves do not always guarantee the best use of EU money for the environment and climate.

The aim of the project is to contribute to support the efficient use of EU money in the participating countries, highlight best practices and lessons learnt, and widely disseminate these observations both nationally and internationally. Thus, the project will help to improve the level and quality of EU funding and fiscal policy for EU climate action and EGD delivery by focusing on the game-changing actions at the national level.

At the same time, it will provide valuable inputs for efficient use of EU funds regarding climate protection also on the EU level.

The necessity and the purpose of the project

The EU’s long-term budget, the so-called Multiannual Financial Framework (MFF), constitutes the political and legal framework, which defines the EU’s spending priorities over a multi-year period (currently seven years). The MFF “translates” EU policies into the real economy by financing public services or investing in infrastructure projects. This framework is now supplemented by the Recovery and Resilience Facility (RRF).

The impact of the MFF and RRF is substantial on national policies, especially in the Eastern Member States. In these countries, EU funding has a share of up to 80% of all public infrastructure investment. EU budget funding is often combined with loans from the European Investment Bank (EIB). All this funding triggers also huge additional national public investments and private investments. That means the way the EU budget is spent determines to a large extent the economic structure and development path in these countries.

Although the 2014-2020 EU budget did have some important climate-relevant features, fossil fuel use still has received substantial subsidies both from the EU and the national budget, thus competing priorities and incoherent implementation of climate action have been derailing the climate credits of the EU budget. Overall, the EU budget’s full potential to catalyse the zero-carbon transformation in Europe have remained largely untapped. As stated in a report by CEE Bankwatch Network, “climate change mitigation is being included mainly at a rhetorical level in the strategic planning and programming documents (Partnership Agreements). The operationalisation of ‘climate mainstreaming’ as a horizontal principle in EU Cohesion Policy spending plans and programmes (Operational Programmes), as required by the regulations, is taking place in normative terms only, and it is mostly not ensured via safeguard mechanisms during the actual investment phase (for example, via stringent project selection criteria) nor backed by adequate substantial investments.”

The 2021-2027 MFF and the RRF will be crucial to deliver on the European Green Deal. In order to achieve this, a fundamental reform of the EU budget and related policies are necessary to bring them in compliance with the Paris Agreement, to make EU “finance flows consistent with a pathway towards low greenhouse gas emissions and climate-resilient development” (Paris Agreement, Art.2). Civil society organisations have put forward many important proposals for such a reform (especially in the framework of the EUKI funded project “An MFF for the Climate” and the BMU funded project “Towards a climate neutral EU: funding and incentives for a transformative European Green Deal and Recovery Plan”).

A reformed EU funding system needs to deliver on and even strengthen the EU’s climate objectives and policies, including the 2030 climate and energy targets. EU funding could help build a strong domestic market in renewable energies, put energy efficiency first, help roll out low-emission mobility, foster technological leadership in the development of clean energy solutions, support innovative sustainable solutions in all sectors and enable its development partners to profit from progress achieved. It can also help to put citizens at the heart of the clean energy transition.

The provisions of the legislation on EU funding are now being translated into concrete investment and reform plans. It is crucial that these plans are developed and implemented in a way that they unambiguously embrace, strategically and financially, the clean and fair energy transition. The project will enable civil society organizations to make substantial contributions to these processes.

Expectations of the project

Long-term: Contributing to making finance flows consistent with a pathway towards low GHG and climate-resilient development, as stated in the Paris Agreement.

Short term: Improve the level and quality of funding and fiscal policy for EU climate action and EGD delivery by focusing on the game-changing actions at the national level, providing valuable inputs for better use of EU money also on EU level, and raising the awareness of civil society.

Impact: In our expectation, EU funding will provide more targeted and effective support for climate and environment action, while incentives and funding for programmes and projects which are incompatible with the European Green Deal will be reduced.

This will help to catalyse faster decarbonisation of the EU economy and boost climate mitigation in all sectors. The best practices identified during the project will be very useful to all EU countries. The level and quality of spending from European structural and investment funds and the Recovery and Resilience Facility will be improved in the involved countries, with likely impacts in further countries thanks to international networking and capacity building beyond the project team.

What is the Multiannual Financial Framework (MFF) and the Recovery and Resilience Facility (RRF)?

The Multiannual Financial Framework is the EU’s long-term budget and substantially contributes to investing in policies that strengthen Europe’s future. It is one of the most important financial tools in the hands of national governments. The current MFF extends from 2021 to 2027.

The Recovery and Resilience Facility has been proposed in May 2020 by the European Commission as an emergency temporary recovery instrument to help to eliminate the immediate damage brought by the coronavirus pandemic. This facility takes the form of €672.5 billion of grants and loans addressed to the EU Member States. These grants and loans will be combined with the next MFF to tackle the effect of the crisis and to invest in a greener digital, social and resilient European economy.

Why are the MFF and RRF important for the climate?

The EU’s transition to climate neutrality will require a major change in public funding and incentives. The new MFF alongside the Recovery and Resilience Facility is the number one financial instrument at the disposal of EU institutions (it amounts to more than €1,000 billion) to boost climate action across the bloc. Moreover, the MFF 2021-2027 is the last investment cycle to help change the course of climate change, which is extremely important as a stronger climate performance is urgently needed to reach EU 2030 climate targets.

Therefore, these funds represent a formidable opportunity for civil society to push towards a greener budget by changing the way the EU funds are used by the Member States. Indeed, during the former MFF, many countries used the EU money inefficiently, sometimes wastefully and, in many cases, even supported environmentally harmful investments. This is why it is important to take lessons from the past and make the spending of these funds more effective, increase transparency and improve implementation, monitoring and assessment.

Previous work on the topic

The current project is a continuation of three former projects:

This project is part of the European Climate Initiative (EUKI). EUKI is a project financing instrument by the German Federal Ministry for Economic Affairs and Climate Action (BMWK). The EUKI competition for project ideas is implemented by the Deutsche Gesellschaft für Internationale Zusammenarbeit (GIZ) GmbH. It is the overarching goal of the EUKI to foster climate cooperation within the European Union (EU) in order to mitigate greenhouse gas emissions.